How can Pilates benefit me?

Cygnus Pilates is a BASI ( Body Arts and Science Institute) studio, we provide classes to individuals, companies, institutions and studios. We provide mat classes for groups as well as equipment and mat classes for individuals, duets and trios, the difficulty and intensity level of the classes range from beginners to advanced. Cygnus Pilates endeavors to cater to the needs of the individual, whether in a group or private setting not only providing a level of intensity to suit the individuals but to aid for specific population groups such as athletes, pregnant clients and rehabilitation of injuries.

In the home studio in Benoni equipment classes may consist of reformer, spinal corrector, cadillac and wundachair classes. 
Mat classes may include props such as therabands, foam rollers, magic circles and weights.

Pilates was developed by Joseph Pilates in the 1920's. He was an unhealthy child who suffered from a host of health problems which spurred on his investigation into how to strengthen the body. Some of the explored arts were boxing, bodybuilding, gymnastics, yoga and dancing. During the first World War Joseph was interred on the Isle of Man and there used his art for rehabilitation purposes fashioning equipment from hospital beds to which he attached levers, springs and pulleys. Later on he moved to America and opened up his studio in New York where he worked with circus performers, gymnasts, and dancers such as George Balanchine, Ted Shawn and Martha Graham, this illustrates the wide scope of Pilates. The equipment is designed to condition the entire body using positions and movements which correct body alignment and balance. Joseph Pilates created over 600 exercises for his apparatus. The springs and pulleys on the equipment help create muscle contractions, concentric and eccentric, that stimulate functional muscle action. Simultaneously stabilizer muscles work isometrically maintaining correct positioning and alignment. Pilates has progressed with the help of scientific information. The original exercises have kept their essence while being supplemented by scientific knowledge for even better therapeutic and conditioning ability. Pilates builds all round strength and flexibility in a gentle progressive manner making it as accessible to people who have never done exercise before as to those who are professional athletes. Pilates also incorporates the mental aspect of exercise aiding relaxation and enhancing the benefits of the training through focus.

Despite Pilates progression alongside current scientific knowledge the 10 principals remain the same. While these principals are multi-dimensional they provide a feel of what Pilates is about. These 10 principals are an amalgamation of the tenants of Joseph Pilates original work and the BASI approach to that work. They permeate the mental through physical dimensions of training but serve to enhance the mental aspect of training.

BASI stands for Body Arts and Science Institute and is a highly respected, internationally accredited Pilates teacher training programme. BASI's curriculum has a solid base in anatomy and physiology as well as scientific principals. BASI prides itself on creating thinking instructors able to adapt and innovate to the needs of the client in front of them. Some approaches to Pilates do the work exactly as it was originally done without accepting or recognising the scientific evolutionary process. There are also paradigms that only use Pilates as rehabilitation without regard for the whole which Joseph Pilates saw as so important. There are other schools yet that change the choreography of the original exercise to meet the needs of the group it is catering for such as dancers. Joseph Pilates was said disapprove of this method as to him the focus on the goal of the exercise was lost. BASI takes all of these aspects into account: the original work, the whole, rehabilitation, science and progression and new equipment, and the needs of the individual. 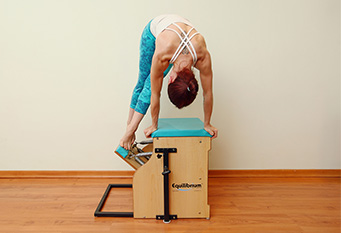 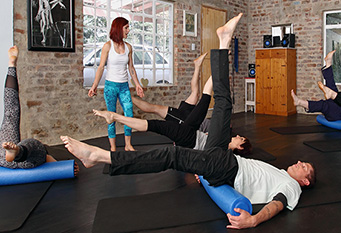 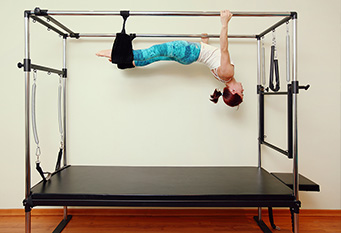 Shona Swanepoel, founder of Cygnus Pilates achieved her mat certification in 2012 and comprehensive equipment certification in 2014 through BASI (Body Arts and Science Institute). During this time she gained experience working with senior instructors and in close collaboration with physiotherapists, chiropractors and biokineticists in established BASI studios. This has exposed her to the full spectrum of clients from all demographics. Shona also has a basic human sciences background, having achieved a B-Tech Homeopathy through Durban University of Technology. This has added to her knowledge of anatomy, physiology, pathophysiology, nutraceuticals and dietetics. On both a cerebral and more emotional level, a personal struggle with scoliosis has helped her to understand and empathise with the special requirements of clients requiring rehabilitation. Her lateral scoliosis spinal curvature and associated strength and flexibility imbalances have showed drastic improvement through Pilates training. 

Athletes and in particular martial artists are another population group close to her heart being an avid Kung-Fu practitioner for over a decade. Pilates has ensured scoliosis has not impeded her martial arts career and has enhanced every aspect of her training. Precision, discipline and focus are just a few commonalities shared between these two art forms. The parallels facilitating a deeper practice of both. Shona continues to add onto her Pilates knowledge through workshops, courses and Webinars. Since embarking on her Pilates career, she has never looked back enjoying the constant stimulation through the diverse clientele and dynamic world of Pilates.